Tonight, we’ve got NINE acts competing in the first big Eurovision competition of the year – Destination Eurovision. (And if you think I’ve forgotten Jonida Maliqi winning Festival i Kenges, I haven’t. That was a deliberate omission, folks.)

So what’s up tonight?

I love this song, and I love Bilal Hassani. From an optics point of view: At a time when the right-wing Gillet Jeunes are snarling up Paris traffic, I would love to see France send a queer, non-gender-confirming person of Moroccan descent to represent them in Eurovision. Who doesn’t want to send a song with the lyric, “You Can’t Judge Me, Boo.” It’s such a delightful kiss off.

From a song point of view: It’s uplifting, and could have some killer staging behind it. The message is fantastic, and I’ll know it’s something I’ll be singing in broken French for the rest of the season.

From my personal interests point of view: The video contains a shot of a District line train, circa 2001. Let’s bring that orange moquette to Tel Aviv!

Can we all just admit that if qualification were based on names alone, Battista Acquaviva would win? I feel like if this singing career doesn’t work out for her, she should start a drinks company just to include that name on every bottle. I would buy tons.

And will the career work out? Well, it’s unclear. The opening of this song promises a big popera belter that isn’t quite what’s delivered. Battista is straddling the line between classical music and pop diva, and it’s not quite coming together. There’s not enough of either of those elements to make the song convincing, and it just kind of limps along.

Florina with In the Shadow:

The song is okay. It’s standard Eurovision fare that doesn’t actually achieve lift off until the chorus, when we get a big power-belter that’s delightful to yell along to. But there’s just not much more beyond it. I won’t be surprised if this goes to the semifinal, but it will be disappointing if it wins the whole thing.

Yes, when I heard the name of this band, I also automatically thought of this: 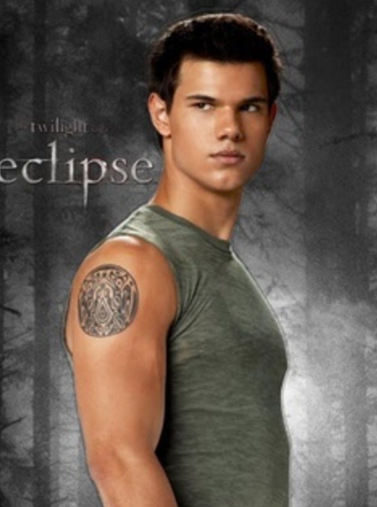 And like Taylor Lautner, Lautner the band is bland and inoffensive and pleasant to listen to but without any real depth or staying power. Harsh? Look, I’m not the one who named my boy band after an existing teen idol.

This song is fun and fast and feels like a good reflection of contemporary France. I know that I will never have a hope in hell of learning all the lyrics, but the rhythms and little rap in the middle are my catnip. I feel like this is this year’s Ok ou Ko. My favourite of the competition so far!

Silvàn Areg, who seems to have been recruited from central Frenchman casting, with the song Le Petit Nicolas:

First of all, guys, please don’t call anything Le Petit Nicolas (or Le Petit any other man’s name) because I’m going to think the whole thing is an elaborate penis joke. This might be – it’s in fast speak-sung French – but it sounds more like the rant you’d hear from the corner table at a cafe than any actual Eurovision content. A no from me!

Chimène Badi with Là-haut, which my elementary French knowledge translates to The Hot.

Damn it. Google informs me that it actually means ‘the up’ which is nowhere near as fun. Chimene has an interesting voice with a bit of an edge to it, but the song is generic. I feel like I’m listening to the French version of Zibbz, which is acutally a compliment, as the worst thing about Zibbz was their lyrics and I can’t understand any of them here. It does tend to drag by the time we get to the 2:30 mark, and I’m fairly meh about it. I won’t be gutted if it gets to the semi-finals.

And we close things out with Mazy and Oulala:

I want to like this song so much more. I really do. Mazy’s swanning around a castle in a boilersuit like she owns the place. She’s got some light rapping, and some light crooning, and some really interesting vocal tics, but like last year’s entry from Macedonia (Eye Cue, everyone), it seems like she’s trying to jam together two various types of music together and the yacht rock tempo of the chorus doesn’t quite gel with what the faster bits promise to be.

Now my usual caveats – I’m basing this all on the video and audio snippets online, which don’t always translate to live performance. I don’t know anything about the staging, and someone might end up blowing me away with a dance move. From the information we have, though, I’m hoping that Bilal or Aysat win this heat.

I will be blogging along with all the fun this evening at @dudepoints on Twitter, so look for me there!

UPDATED TO ADD: Oops, looks like I forgot Naestro. But he didn’t qualify and you already know what he sounds like from that Bella Ciao earworm, so we’re even, really.